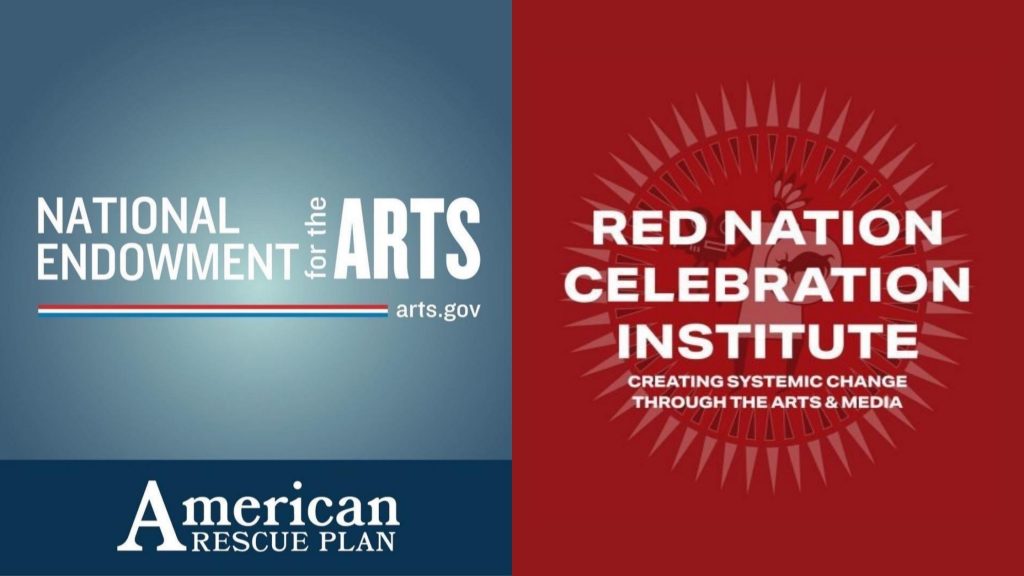 RED NATION CELEBRATION INSTITUTE to Receive $150,000 Grant from the National Endowment for the Arts as part of the American Rescue Plan

Los Angeles, CA – Red Nation Celebration Institute is pleased to announce they have been approved to receive an American Rescue Plan grant from the National Endowment for the Arts (NEA) to help the arts and cultural sector recover from the pandemic. Red Nation Celebration Institute is recommended to receive $150,000 and may use this funding for personnel and marketing in promotional efforts to encourage attendance and participation. In total, the National Endowment for the Arts will award grants totaling $57,750,000 to 567 arts organizations in all 50 states, Puerto Rico, the U.S. Virgin Islands, and Washington, DC.

“Our nation’s arts sector has been among the hardest hit by the COVID-19 pandemic. The National Endowment for the Arts’ American Rescue Plan funding will help arts organizations, such as Red Nation Celebration Institute, rebuild and reopen,” said Dr. Maria Rosario Jackson, chair of the National Endowment for the Arts. “The arts are crucial in helping America’s communities heal, unite, and inspire, as well as essential to our nation’s economic recovery.”

“Red Nation Celebration Institute, continued programs serve Indian Country & the Entertainment Industry in establishing a rich legacy of work supporting more than 5000+ Native and Indigenous filmmakers through its streaming company Red Nation Television Network, amplifying  more than 839 Native Indigenous filmmakers through its Red Nation International Film Festival.’ said Joanelle Romero, CEO-Founder-President of Red Nation Celebration Institute. “Our Institute is the Creative Enterprise by Natives delivering to all people the stories that shape our world. RNCI, is the longest standing Native Women-Led, Indigenous Media Arts & Cultural nonprofit in the City of Los Angeles, Empowering Indigenous Storytellers, is what we do . This award will support and keep the doors open in serving our communities and in amplifying the Native and Indigenous narrative.

Funding will support the further development efforts, marketing strategies and operation of our Red Nation Celebration Institute’s year round programs.

Red Nation Celebration Institute (RNCI) is a Creative Enterprise by Natives delivering to all people the stories that shape our world. RNCI will turn twenty-seven August 2022. RNCI is dedicated to breaking barriers of racism by creating systemic change through media and pop culture to eliminate Native American and Indigenous stereotypes. RNCI is the longest standing Native Women-Led, Indigenous Media Arts Cultural nonprofit based in Los Angeles and New Mexico with a global reach, serving Indian Country and the Entertainment Industry.

RNCI pioneered the first streaming media organization, placing Indigenous filmmakers at the forefront of the entertainment industry—both in front of and behind the camera. Our vision for the future of cinema is one in which American Indian perspectives are authentically pictured, recognized, and valued in a way that promotes strong Native identities, economic outcomes, equity, and wellness for our Indigenous communities. We use streaming media, awards events, and educational media arts programming to lift the voices of Indigenous filmmakers and help their art to reach broad audiences. #WhoTellsTheStoryMatters

Our challenge: Systems have long worked to silence the voices of Native Americans. The era of boarding schools forced Indigenous children to assimilate, removing them from their land, language, and culture. As the first inhabitants of the Americas, Native Americans were not considered citizens of the United States until 1924. And while the Nationality Act allowed us to go to war for the country in 1940, we were not able to fully cast our vote until the Voting Rights Act of 1965. With an official (though inaccurate) Native census of just 1.1% of the U.S. population, Native Americans are often overlooked for national data, or represented by an asterisk for numbers too low to include. But we as Native Americans are very much here, and have the longest held relationship with the land we all share as the United States. Our perspective is vital to be heard and seen. The Annenberg Inclusion Initiative reports that over a 13 year span, Native American characters were only represented in primetime TV and films 0.1% to 0.5%. RNCI has worked since our inception to diversify the voices in all media, and is making an impact. The Directors Guild of America found that 34% of television shows in 2019-20 were directed by women, up from 31% the previous year, and 32% were directed by people of color, up from 27%. Yet, Latinx female directors account for only 2.4%, and Asian American women were at 2.1%. We must do more to ensure our media reflects the lived experiences of ALL Americans.

The American Rescue Plan was signed into law in March 2021 when the National Endowment for the Arts provided $135 million for the arts sector. The funding for organizations is the third installment providing more than $57.7 million for arts organizations. In April 2021, the National Endowment for the Arts announced $52 million (40 percent) in American Rescue Plan funding would be allocated to 62 state, jurisdictional, and regional arts organizations for regranting through their respective programs. The second installment in November 2021 allocated $20.2 million to 66 local arts agencies for subgranting to local artists and art organizations.

For more information on the National Endowment for the Arts’ American Rescue Plan grants, including the full list of arts organizations funded in this announcement, visit www.arts.gov/COVID-19/the-american-rescue-plan.