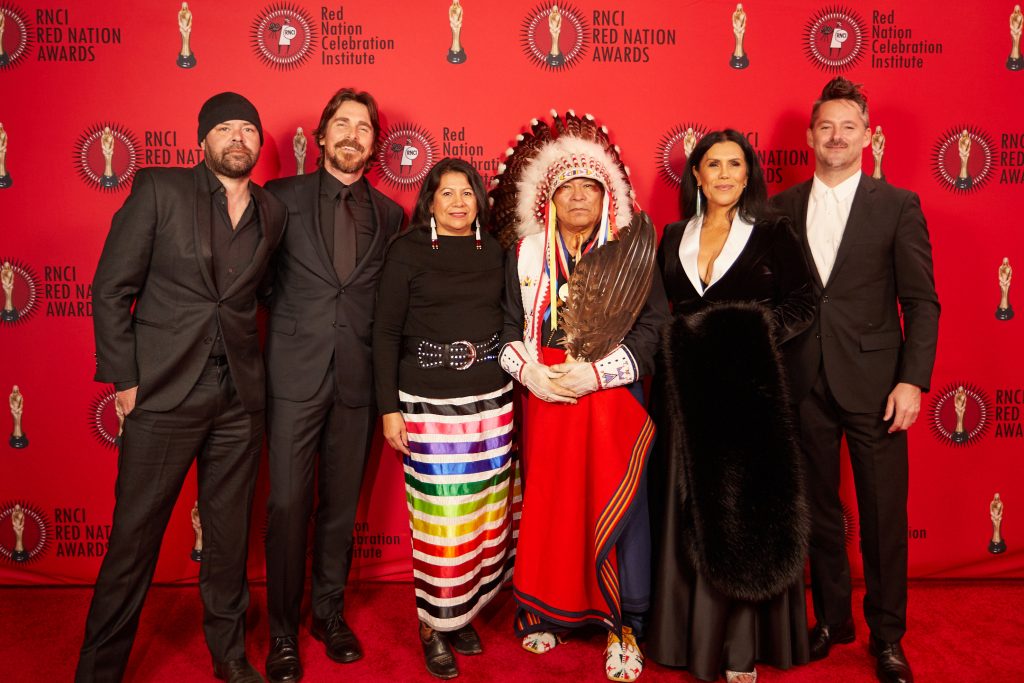 LOS ANGELES (March 2, 2020) – Romero has been curating Native films for over 40 years and her companies have been employing Native talent in front of and behind the camera for decades.

Our fundamental foundation is uniting our creatives within our community to bring together a greater force to the entertainment industry and the world at large. Red Nation Celebration Institute (RNCI) is honored and proud to work with strong leaders within our Native Nations across Indian Country and our Indigenous talent from directors, producers, writers, actors and crew in front of and behind the camera, fostering the next generation of talent and leaders

Romero’s online streaming company RED NATION TELEVISION NETWORK Native is Here, established in 2006, has created a new deal titled ‘Indigenous New Media’ which aims to introduce talent, creatives and executives to a variety of opportunities in entertainment and seeks to “double” the number of Indigenous creatives in a diverse array of entertainment fields. Its goal is to raise one million in seed funding by August 2021. Red Nation Television Network is the distribution arm to RNCI.

Romero states, opportunities for Indigenous creatives: will include a finance development deal of a feature script; a scripted proof-of-concept deal with a major studio; a documentary development deal and a blind digital pilot deal.

Other supporters who have pledged opportunities for Indigenous talent include Honest Engine Films and Native Organizations across the country.

“I have been an activist and Tribal leader for the past 40 years. What I have found is most Americans know very little or nothing at all about the first people of this land. What they know is from movies which is not who we are. I became a board member of Red Nation Celebration Institute (RNCI) because it is important that the public learns about Tribal Nations, hear our stories from our own Native writers, film producers, directors, actors and/or from those who portray us accurately. I have known RNCI founder Joanelle Romero for 44 years and its an honor to represent the largest American Indian & Indigenous International film festival in the country, RNCI Red Nation International Film Festival.” – Susan Masten, Yurok Nation. Founder & co-president  of Women Empowering Women for Indigenous Nations.

“Los Angeles is the largest population of Urban American Indians. American Indian and Indigenous community is a growing force across L.A.’s economy, tapping into this pool of talent is over due.’ states Joanelle Romero,  “With our new partnership this year 2020 with Lumiere Cinema at the Music Hall in having monthly screenings of Native films starting March 5, 2020. Never before in the history of the entertainment industry has there been a monthly film series dedicated to Native Cinema – on the big screen. Filmmakers have been making movies since the late 1800’s, the first theatre opened in 1896.

RNCI’s Red Nation International Film Festival and all our partners on screens big or small, including our studios, Native actors, directors, and producers have an opportunity like never before to continue to inspire the world through the power of film with their creativity and imagination —’Indigenous New Media’ will help bring new voices and dynamic storytellers into the fold by including and empowering the next generation of American Indian & Indigenous leaders.”

In celebrating our 25th anniversary RED NATION CELEBRATION INSTITUTE ENTERPRISE this year, the disheartening statistics regarding Indigenous representation in Hollywood continues. In 1977, the first contemporary television movie starring a Native actress was produced ‘The Girl Called Hatter Fox’ (CBS), it took Hollywood 42 years to produce another one Netflix’s ‘Chambers’. From 1992 to 2018, Native women were entirely written out of episodic television, not one single native actress worked.  Romero and her media coalition partners met with television networks and in 2019 Tantoo Cardinal was hired as a series regular on Stumptown.

Meanwhile, the representation of Native women in mainstream film and television is plagued by invisibility, stereotypes and whitewashing.  While the Academy of Motion Picture Arts and Sciences has reported a body that is 30 percent people of color, only 0.0026 percent of its members are Native women. Still today, Native female characters are still being played by non-native actresses.

Romero and RNCI’s Board of Directors continuously works to diversify Hollywood. RED NATION CELEBRATION INSTITUTE, is the longest standing Native Arts & Culture non-profit in the City of Los Angeles.

RNCI Board of Directors encourages you to get involved with RNCI programs, events, projects, and groundbreaking initiatives. We can not express enough how important this work is at this critical time in history to support Indigenous art in all media platforms. We are stronger together!