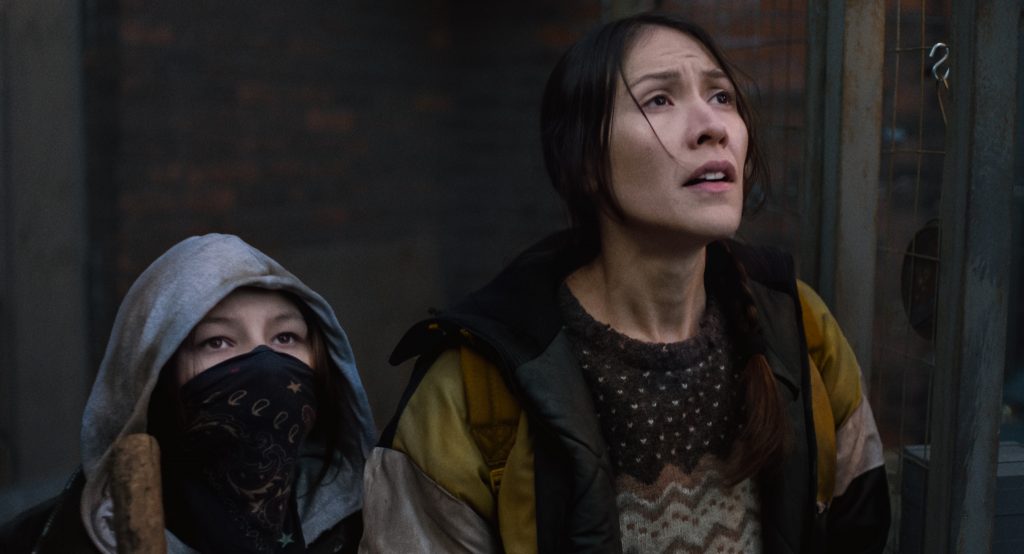 This year’s Festival will screen 27 films directed by women out of the total of 63 films, featuring 7 features, 19 documentaries and 38 shorts and is produced by Red Nation Celebration Institute.

Focusing on greater inclusion and equity for Indigenous artists, #NativesInChargeOfTheirNarrative remains the guiding principle of the Festival.

Closing night features include from the visionary world of acclaimed director Scott Cooper and horror maestro Guillermo del Toro comes ANTLERS.  In an isolated Oregon town, a middle-school teacher (Keri Russell) and her sheriff brother (Jesse Plemons) become embroiled with her enigmatic student (Jeremy T. Thomas) whose dark secrets lead to terrifying encounters with a legendary ancestral creature who came before them.  Based on the short story The Quiet Boy by Nick Antosca. Produced by Guillermo del Toro, David S. Goyer, and J. Miles Dale.

The 2021 Red Nation International Film Festival will be a hybrid in-person and online events taking place in Beverly Hills at the Lumiere Music Hall, November 1-30.

CEO, Founder and President of Red Nation Celebration Institute and Red Nation International Film Festival.  A member of the Academy of Motion Pictures Arts & Sciences and the only but not the last Native Indigenous filmmaker to be short-listed for an Academy Award. Joanelle is deeply committed and driven to amplifying Native-Indigenous Storytellers in mainstream media worldwide. Through Red Nation Celebration Institute, now in its 26th year, representing over 570+ Native Nations, Joanelle has mentored more than 839 Native Indigenous filmmakers through the Institute’s labs and fellowships, has curated some 5000+ movies written, produced and directed by Native Indigenous people that premiered at the Red Nation International Film Festival and streamed through her Red Nation Television Network. Joanelle works with a respected board of directors, advisory board and leaders both native and allies in pop culture, media and social justice with an emphasis of Native Women and girls and Native youth.  Joanelle is an accomplished media proprietor, her career spans over forty-four years in the entertainment industry as an acclaimed actress in film and television, Award-winning director, producer, writer, marketer, film distributor, recording artist, singer/songwriter and humanitarian. Joanelle is born of Mescalero- Chiricahua Apache, Dinétah, Paiute and is Spanish- Sephardic. A relative of Pojoaque, Pawnee, Southern Ute, Haudenosaunee and Lakota. Joanelle is a traditional Sundancer, Chanupa-carrier with 40-years sobriety. Her Native Indigenous name is ‘Oyate Wayanka Po Win – People Who See This Woman’. Joanelle is a mother of two children, (who themselves are graduates of Yale University and Berklee College of Music), and an active grandma of three. To learn more visit: https://www.joanelleromero.com/Resume.pdf

Red Nation Celebration Institute (RNCI), The Authentic Voice for American Indian & Indigenous Nations, founded 1995. The Creative Enterprise by Natives delivering to all people the stories that shape our world.  The longest standing Native Women-Led, Indigenous media arts cultural pioneer nonprofit enterprise in Los Angeles, offices in Santa Fe NM, serving Indian Country & Entertainment Industry, representing 570+ Native Nations, established a rich legacy of work by supporting 739+ Native Indigenous filmmakers. Mission is to break barriers of racism by creating systemic change through media and pop culture in order to eliminate Native American stereotypes. Our Vision for the future of cinema is one in which Native Indigenous perspectives are authentically pictured, recognized, and valued in a way that promotes strong authentic Native identities, economic outcomes, equity, and wellness for our Indigenous communities. https://rednationff.com/board-of-directors/