JOE WALSH AND JENNIFER WARNES ALLIES TO INDIAN COUNTRY JOIN RED NATION CELEBRATION INSTITUTE’S CONCERT SERIES: ARTISTS IN SOLIDARITY FOR SYSTEMIC CHANGE THROUGH THE ARTS. MUSIC HAS THE POWER TO BRING US ALL TOGETHER 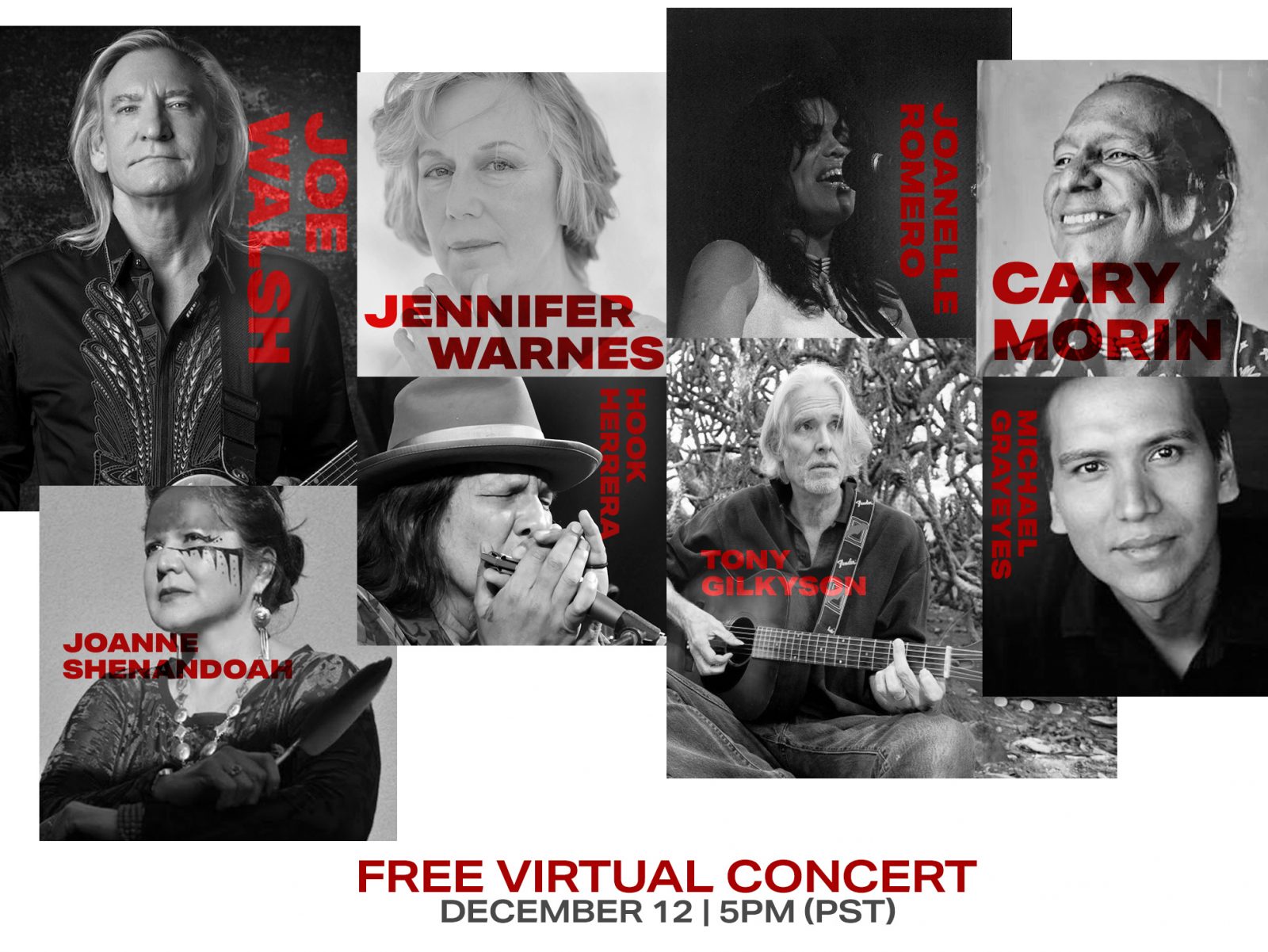 Red Nation Celebration Institute (RNCI) is the longest standing Native-Led organization in the City of Los Angeles, launching its first benefit concert in its 25 year history.

Red Nation Celebration Institute started out as a ‘concert series’ in 1995 in Santa Fe NM during the world’s famous Indian Market. RNCI went on to produce the ‘concert series’ held during ‘Grammy Week’ and became a Grammy event in 2003 in NYC. Indigenous music is the original music of this land. RNCI has grown to include the first Native Film Festival in Los Angeles, first Native Women in Music concert series, first Native Women in FILM Festival, first online streaming media company Red Nation Television Network and all its year round programs and ground-breaking initiatives.

RNCI founder Joanelle Romero said, “The Entertainment Industry and the Music Industry has far too long left Indian Country behind. Our Native talent is extraordinary, and we are collectively, at a point in history where it is no longer acceptable.  No matter what, RNCI with a  25-year history of cohesive research-informed strategies, ground-breaking initiatives, year round programs with strong focus on partnerships has been creating systemic change through the arts and media since 1995. To deny our right to be at the table in all media platforms is to do violence to the principles of freedom and equality.”

Red Nation Celebration Institute Concert Series: Artists in Solidarity for Systemic Change Through the Arts. Music has the Power to Bring Us All Together.